Chris K texted to say he had had some Purple Hairstreaks at a regular site near his village. There is an avenue of oaks down Greenhills Lane that I have always fancied for this species but despite walking there literally hundreds of times I have never seen them. 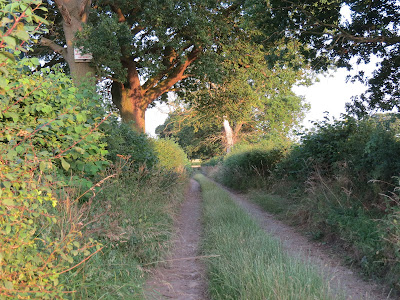 Encouraged by a glorious warm evening on Tuesday I decided to try again.
It was nice to see a pair of Yellow Wagtails and Grey Partridge down here as well as good numbers of butterflies including two Small Skippers, a Wall and at least six 'territorial' Red Admirals. 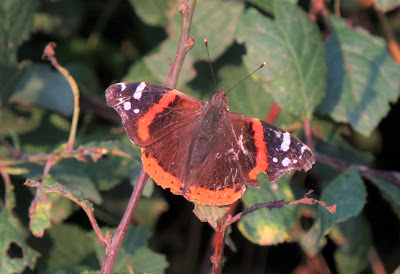 But as to Purple Hairstreak no luck until I got to the last tree and a movement caught my eye, there they were right at the crown. As I watched more joined in and in total there were ten individuals swirling around each other. I decided to walk back up the lane and check the other trees again and in total I found what I estimated to be 24 of this lovely little butterfly. A first record for the village.
Because they are so hard to spot they must be massively under-reported. As if to prove this point our neighbours Jim and Sue showed me some video this evening they had taken of the Spotted Flycatcher nesting in their courtyard. Guess what it was feeding to its nestlings? Yes, Purple Hairstreak! It certainly isn't travelling to Greenhills for those so they must also be in the oaks in the centre of the village.
Incidentally butterflies are a regular part of these birds offerings to their chicks, although a Red Admiral proved too much and the parent ending up having to eat it. Interestingly Jim hasn't seen them bring any white butterflies to the nest.
This is some film Jim took of the pair, in this case forcing down a Small Tortoiseshell

John set the moth traps in the Magic Garden last night, this is usually the best week in the best month for moths but overnight (and the early morning) were surprisingly cold and the catch was relatively disappointing.
This was particularly true of micro moths with very low numbers so they must be very sensitive to temperature. Nevertheless we caught just under 300 moths of 67 species. This included just one new addition to the parish list, this little micro Thistle Conch… 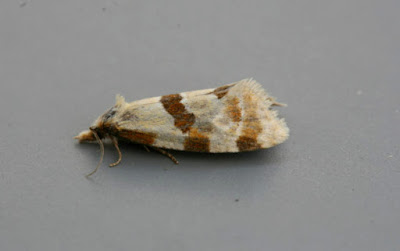 It might have been worse as when I got into bed last night my wife said “did you switch the traps on?” fortunately I ‘persuaded’ my son to get up and walk over the fields to go and switch them on!
The catch did include some of my favourites like..
Burnished Brass 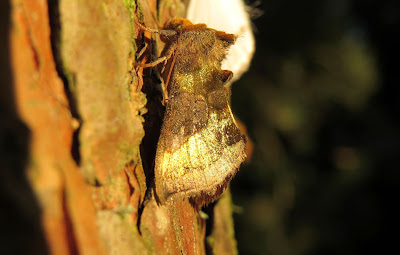 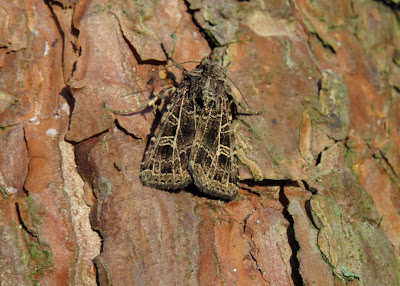 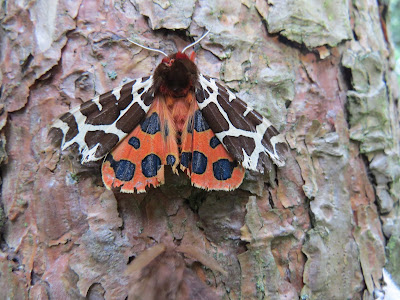 I also saw my first hawker dragonfly of the year, a male Southern Hawker… 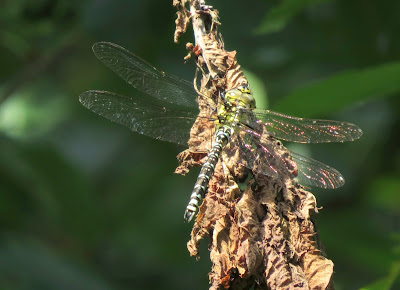 Chris Knight discovered a colony of White-letter Hairstreaks along Myer’s Lane a couple of years ago but this year he found them to be more widespread with the Wych Elms between Thrintoft and Ainderby holding excellent numbers (perhaps the best site now in Yorkshire). 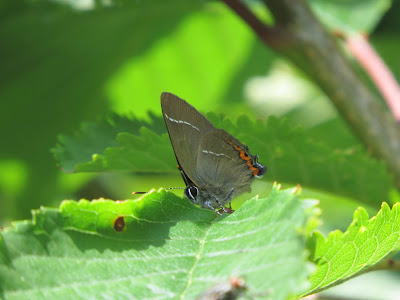 It has also been a good year for Painted Ladies with large numbers arriving on the Yorkshire coast and these have now filtered inland including the first parish ones. These included single insects in the top fields and along Myer’s Lane and five, rather worn individuals, on the river… 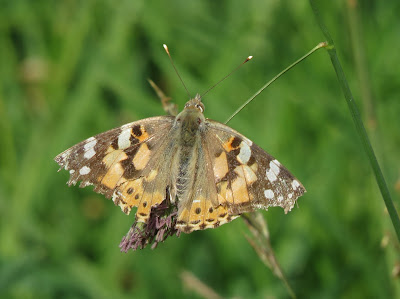 It’s been generally a good week for butterflies with a good arrival of Red Admirals, plenty of Commas… 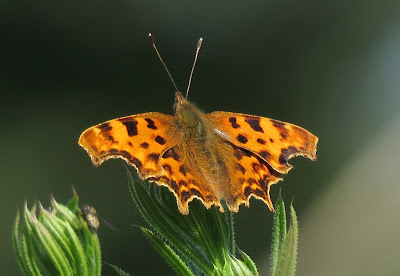 and 30+ Ringlets in the Magic Garden… 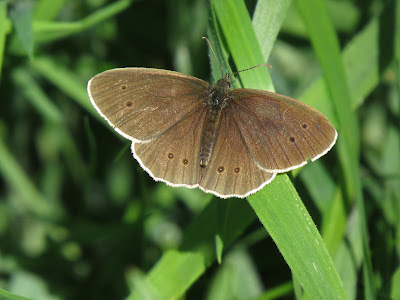 Good news that the Spotted Flycatchers have nested again in Jim & Sue’s courtyard. They have been really late this year and I hadn’t seen the female until she started nest building. This was a picture Jim took from their bedroom window… 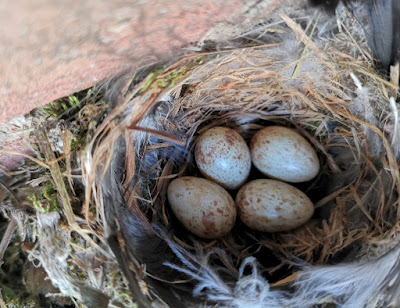 The only other bird news is Frank saw a Cuckoo this afternoon near Langland’s farm. I haven’t yet managed to see or hear one this year.